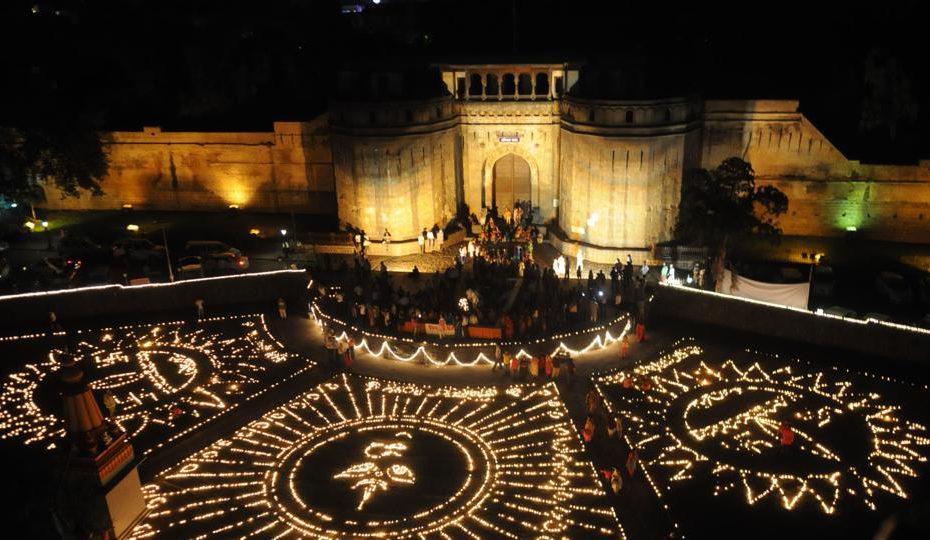 Pune – A city known for its education system has much more than that; and that is “its rich heritage”. Places like Shaniwar Wada, Nana Wada, Lal Mahal have great importance in the lives of Punekars.

Shaniwar Wada is a historical fortification built by the Peshwa Bajirao I for his residence. Bajirao I chose Pune for his seat because he found the climate and geography of Pune most suitable for Peshwai; and thus, Shaniwar Wada became seat of the Maratha Empire from 1730 to 1818.

Bajirao I had ambitions of conquering Delhi and because of his ambition, the main gate of Shaniwar Wada was named Delhi Darwaza, as it faces North. The fort, therefore, holds a big importance in the lives of our Punekars. Along with Punekars, Shaniwar Wada never fails to amaze its tourists, because of its beauty and architecture; and this makes it an important place to visit.

Being the throne of Peshwa dynasty, Pune is filled with old historical places built by great rulers.

Nana Wada is one of the oldest heritage sites in pune city. It is built by the brave chief administrative officer of Peshwas – “Nana Phadanvis”. Nana Phadanvis a brave leader, a wise advisor and great visionary person. He served under four Maratha rulers in succession and guided towards prosperity. Nana Wada, is an architectural representation of the man himself.

The Lal Mahal of Pune is one of the most famous monuments. In the year 1630 AD, Shivaji Maharaj’s Father Shahaji Bhosale established the Lal Mahal for his wife Jijaji and son. Shivaji Maharaj stayed here for several years until he captured his first fort. Historically, the Lal Mahal is famous for an encounter between Shivaji and Shaista Khan where Shivaji cut off the later’s fingers when he was trying to escape from the window of the Lal Mahal.

All these places that are built by the great warriors of their time are an excellent metaphor for that era. The bravery and strong foundations as well as their legacy can be felt in these places.

As we have that respect and love towards them, we should try to lead our life like theirs. With this idea in mind, Shivvardhan has come with its third August Marathon run which starts with an iconic place – Shaniwar Wada. The aim of this Marathon is to create awareness of fitness among the people by connecting them with our beloved warriors, so that we can have some quality of them in our lives. So friends, lets start this HERITAGE RUN from Shaniwar Wada.