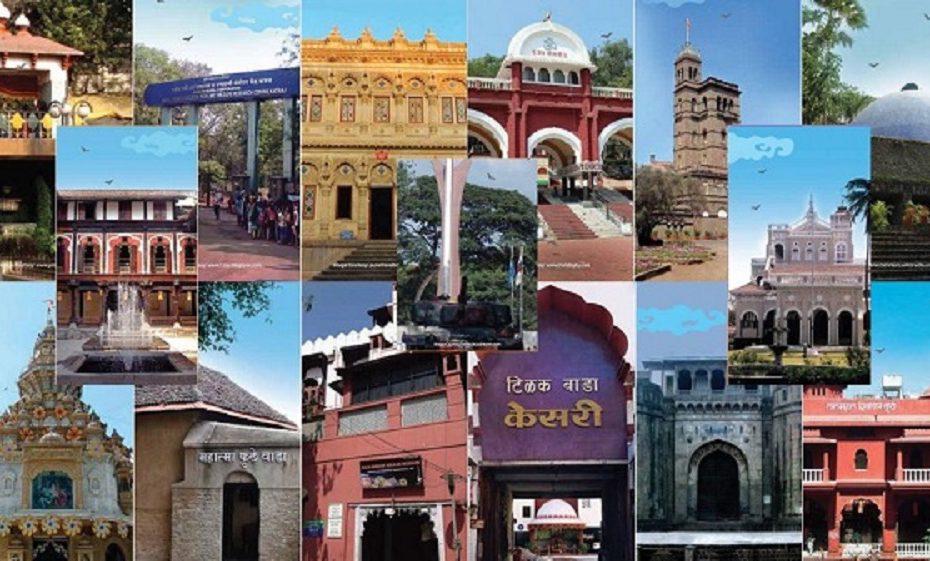 Pune – a city considered to be the cultural capital of Maharashtra goes into some different mode during 10 days of Ganpati Festival. The environment is so different and joyful that everybody loves to be here. While talking about this, the first name comes to our mind is Dagdusheth Ganpati Temple; a place of peace, belief and trust.

The temple is a beautiful construction and boasts a rich history of over 100 years. It was built by Shri Dagdusheth Halwai and his wife, Lakshmibai when they lost their son due to a plague epidemic.  To heal themselves, their Guru, Shri Madhavnath Maharaj recommended building a Ganesh temple. This was completed in 1893. Like its history, the temple architecture is equally magnificent.  The construction of the temple is so simple that all the proceedings in the temple along with the Ganesh idol can be seen even from the outside.

Jay and Vijay, the two sentinels made of marble. The Ganesh idol is 2.2 metres tall and 1 metrewide and is adorned with nearly 40 kilos of gold. Shrimant Dagdusheth Ganpati Trust looks into the maintenance of the temple. The temple is situated in the centre of city, local shopping market is also the nearby temple.Various cultural activities like music concerts, bhajans, and Atharvasheersh recitation are organized by the trust.

During the British Raj, Lokmanya Bal Tilak, the Indian Nationalist leader , made the Ganapati festival a public celebration to bring people together for freedom struggle. Although it is unknown when this festival was first observed, the festival has been publicly celebrated in Pune since the era of Shivaji. In 1983, Tilak Ji praised the celebration of SarvajanikGanesha Utsav  in his newspaper, Kesari and dedicated his efforts to launch the annual domestic festival into a large, well-organised public event.

He helped in expanding this festival into a mass community event and was the first to install large public images of Ganesha in pavilions in Bombay Presidency. It proved to be an epoch-making event in Indian history.

Talking about Ganpati festival also reminds us about Laxmi Road, as Ganesh immersion processions pass through this road every year to the Mutha river and is worth visiting during Ganpati festival. The road is also famous for its variety of readymade garments and jewellery shops which attract shoppers from all over the city. Every person who comes in this lane never get disappointed and he / she have many options for shopping. And hence, this lane of Ganpati festival and shopping has an important place in our lives.

So how it feels if we get a chance to run on this road without traffic or what if traffic stops just because we running. Have you guys ever imagined this? No? Then just imagine that moment, because Shivvardhan August Marathon: The Heritage Run is giving this opportunity.

So lets grab this opportunity and explore the heritage of city areaby having a glimpse of Dagdusheth Ganpati Temple early morning and crossing the most crowded lane of our city.